Our faculty is comprised of over 30 teachers across our three campuses. Collectively, our instructors have taught in over 50 countries and carry decades of experience teaching English learners. All members of our faculty undergo continuing ELT training and many carry advanced degrees and certifications within the ESL industry. Our English instructors also participate in the TESOL community in California. They regularly attend, and occasionally present at, conferences through organizations such as CA-TESOL where they learn the most modern teaching methodologies and strategies. Our instructors are then able to benefit our student population by applying what they have learned into their own classrooms. If you are interested in experiencing one of these high quality lessons for yourselves, you can do so from the comfort of your own home via our virtual reality lessons. Through virtual reality, you can give our classes a trial run, and get a taste of some of the best English instructors in California. 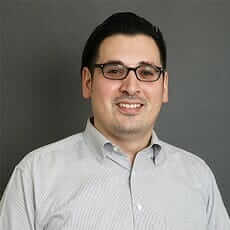 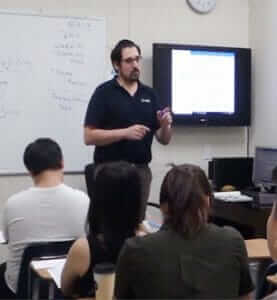 Daniel Palacio has worked as a professional language educator and content developer since 2008. At LASC, Daniel has put his extensive experience in content development to work by adding a diverse range courses, such as Business English, to our curriculum.  After earning a Linguistics BA from CSULB, Daniel taught and wrote ESL content at several highly-praised institutions in South Korea and Colombia. As the faculty manager at our Rowland Heights campus, Daniel strives to maintain an engaging and beneficial academic environment for students and teachers alike. Daniel also runs “English Corner”, a free supplementary program where students can practice and improve their English. To get a taste of Daniel’s own written work, and learn more about studying at LASC, check out the LASC blog. 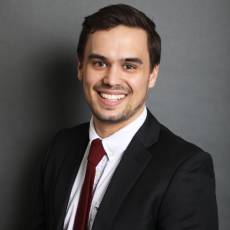 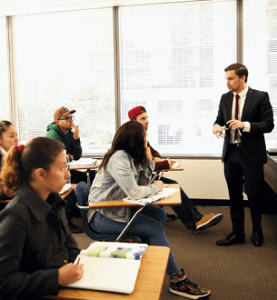 Shane Liliedahl is the Head Teacher at LASC’s Los Angeles Campus and has been teaching ESL at LASC for 3 years. Prior to that, he taught abroad in Japan, where he fell in love with speaking, and learning, Japanese. Shane is recently completed his Master’s degree in TESOL at USC, where he learned how to better teach and empower his students. Shane has also done research on ESL student acquisition of pronunciation and has presented at conferences such as CA-TESOL. His passion is educating other English instructors in California in order to better the field of TESOL. Fun fact: Shane loves to sing. He studied opera in university, and he can often be heard singing in class to his students. 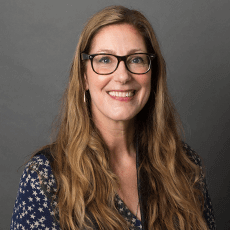 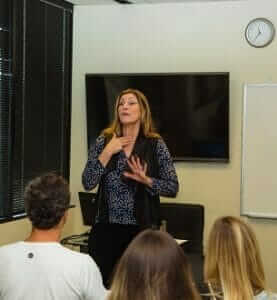 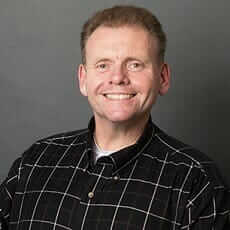 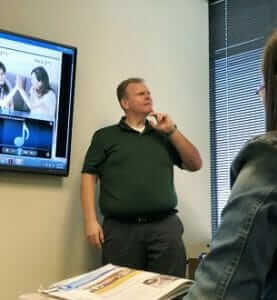 Bill Kessler has over a decade of ESL teaching experience and has taught internationally in Japan and China. He has completed a California Credential Teaching program and has earned a CELTA certificate from the University of Cambridge. He is currently pursuing a Masters Degree in Education Technology from Arizona State University, and specializes in teaching English listening, speaking and pronunciation. 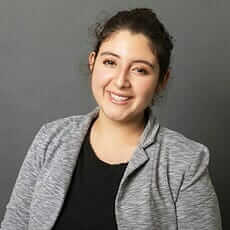 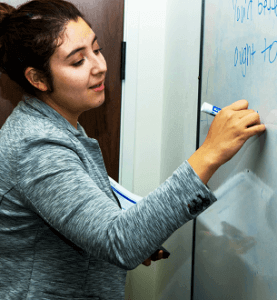 Liza Tobias was born in Guatemala and moved to Orange County in 2001. Since then, she has had a passion for different cultures and languages. She graduated from the University of California, Riverside with a Bachelor of Arts degree in Linguistics​ and has taught ESL since 2013​.​ ​She specializes in American English phonetics and is currently pursuing an M.A. in Speech Pathology. Before she finishes her ​graduate program,​ she plans to teach ESL in South Korea. 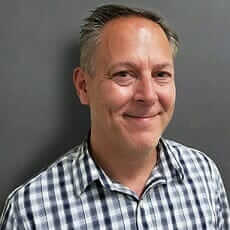 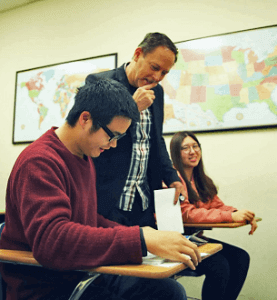 Scott Peterson has been a language teacher since 1990. He brings a unique perspective into the field of language education as he began learning his second language late in life. The adage, that children learn languages easier than adults is just not true. Scott’s international experience includes working and studying in Mexico and Quito, Ecuador and traveling extensively throughout Latin America. He graduated with a degree in Spanish and K-12 education from the University of Western Washington. Scott earned his master’s degree from Walden University and has been working at LASC since 2014. 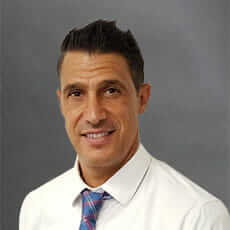 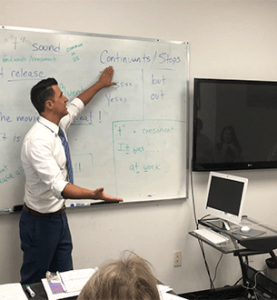 Chris is from the state of Virginia and has been teaching at LASC for 2 years. He enjoys traveling, meeting people from different countries, and learning about their culture. He has visited 19 countries in the world and has taught English in Asia and Brazil. Chris’ classes are fun and dynamic and he loves to see his students grow and improve in the English language. His hobbies are surfing and playing guitar. 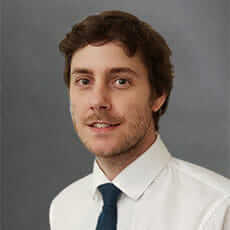 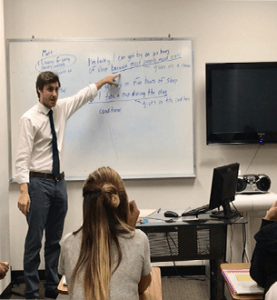 Although he is relatively new to LASC’s Los Angeles campus, Matt Mieskoski has been teaching ESL for the past 6 years, focusing primarily on EAP. Before that, he taught undergraduate composition courses at the University of California, Irvine. Fun Fact: While attending graduate school, Matt studied, among other things, contemporary American literature, and his face is usually buried in a book.